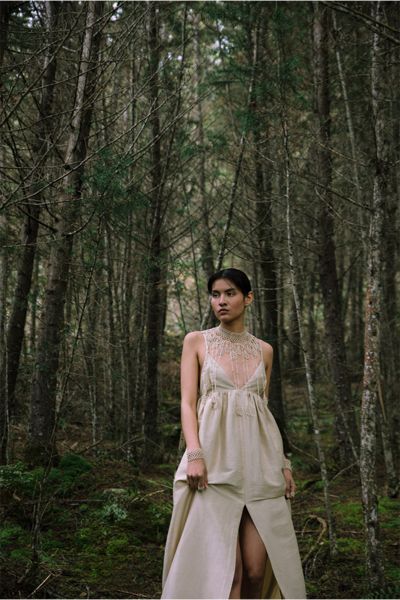 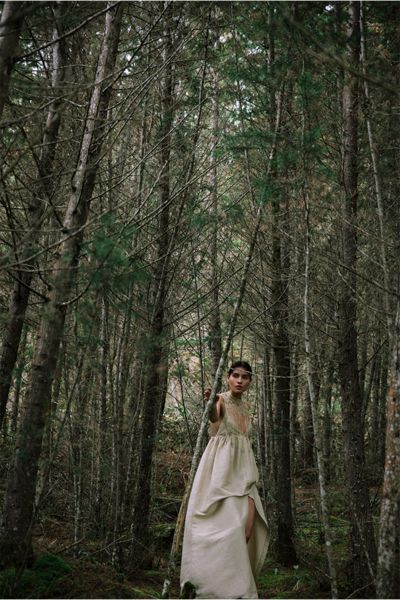 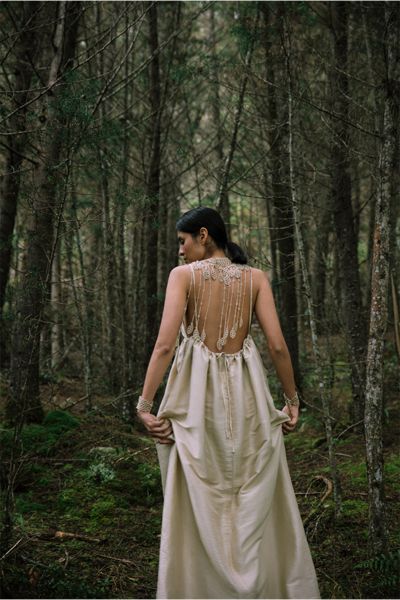 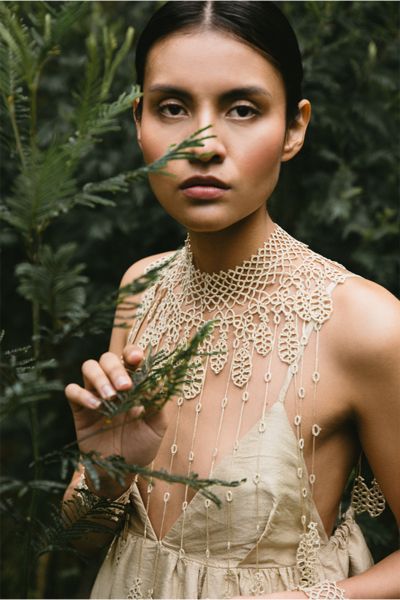 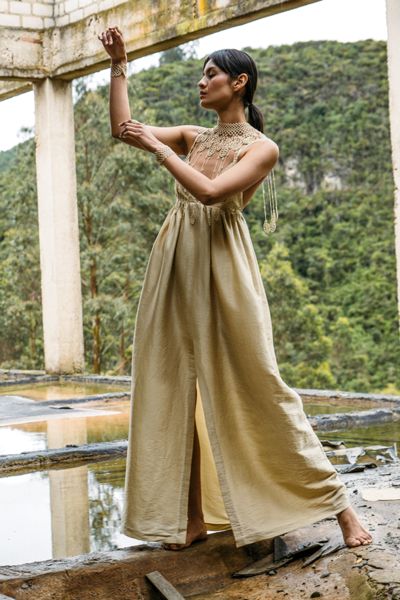 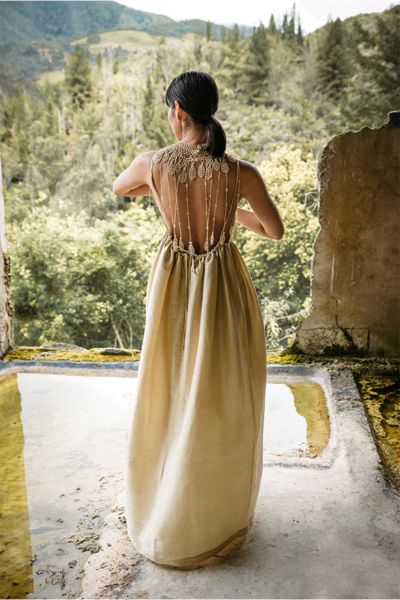 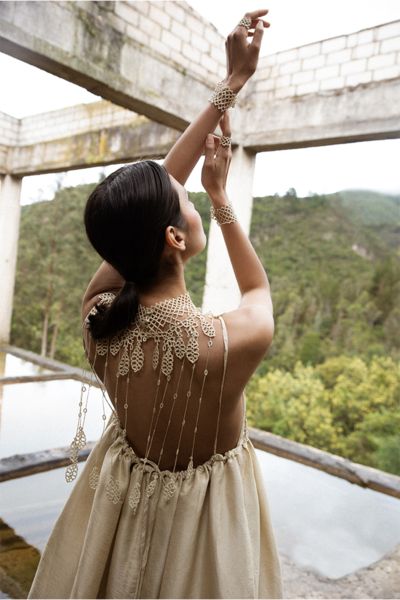 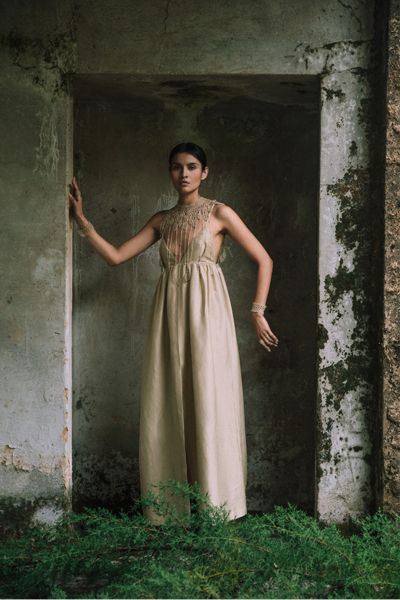 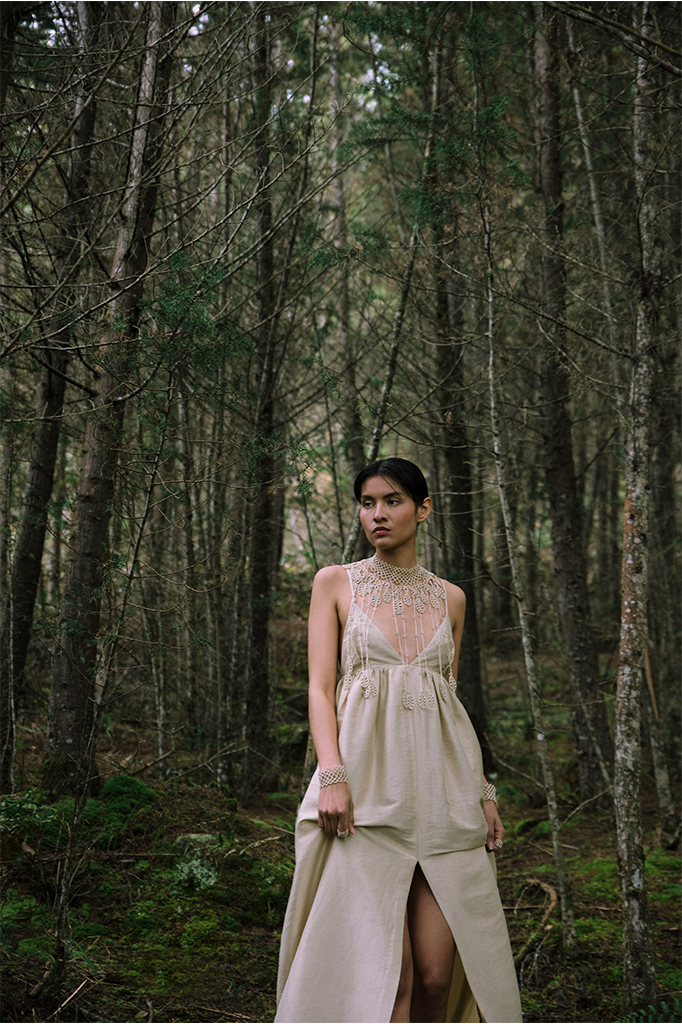 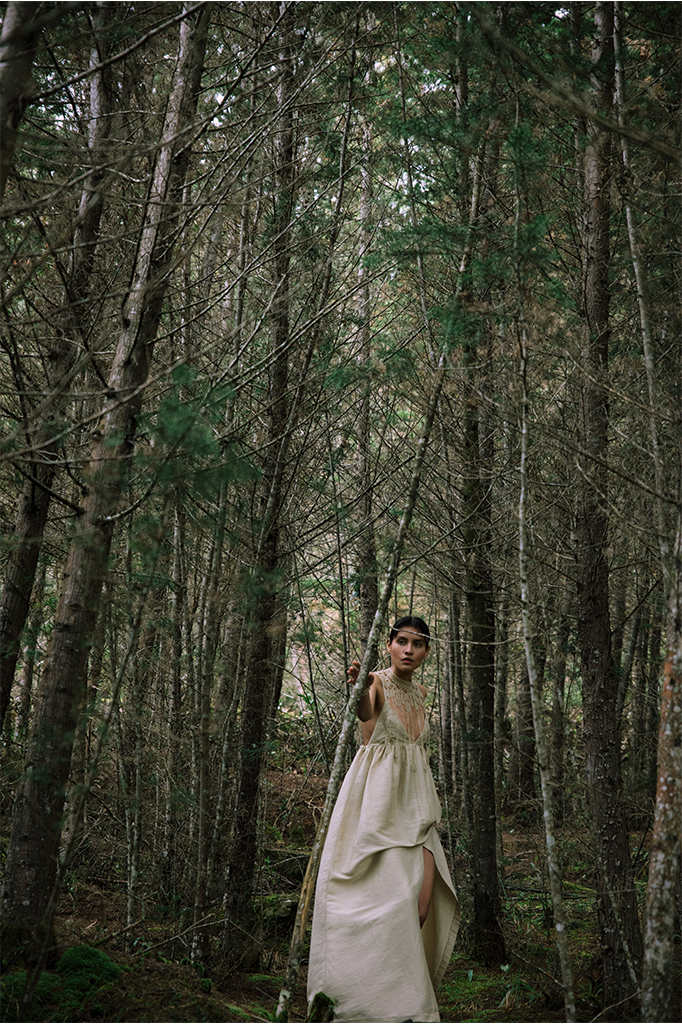 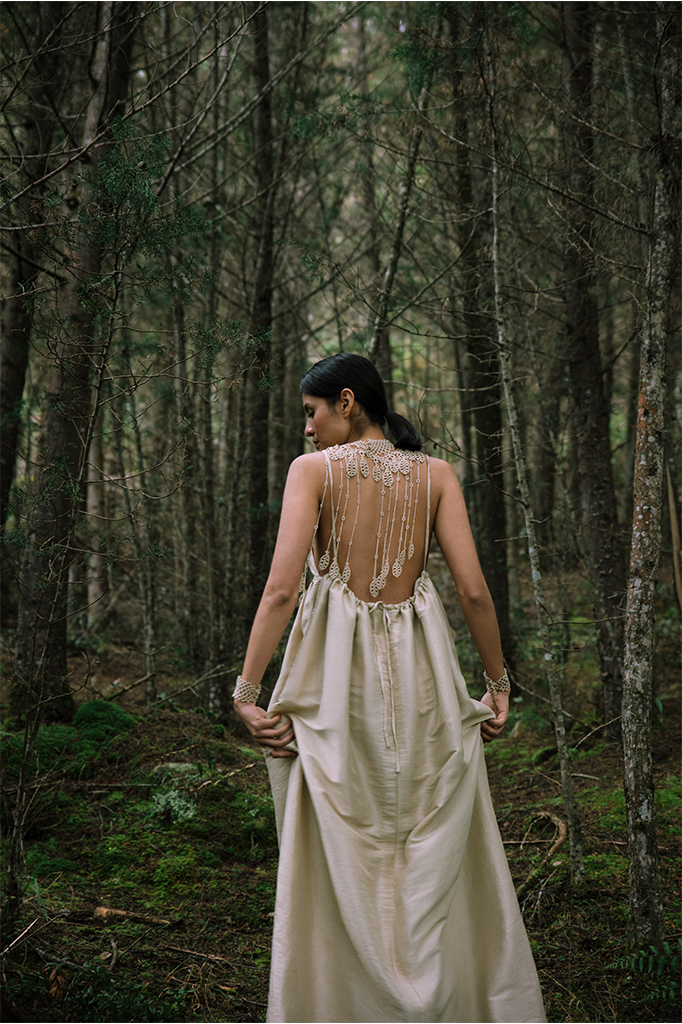 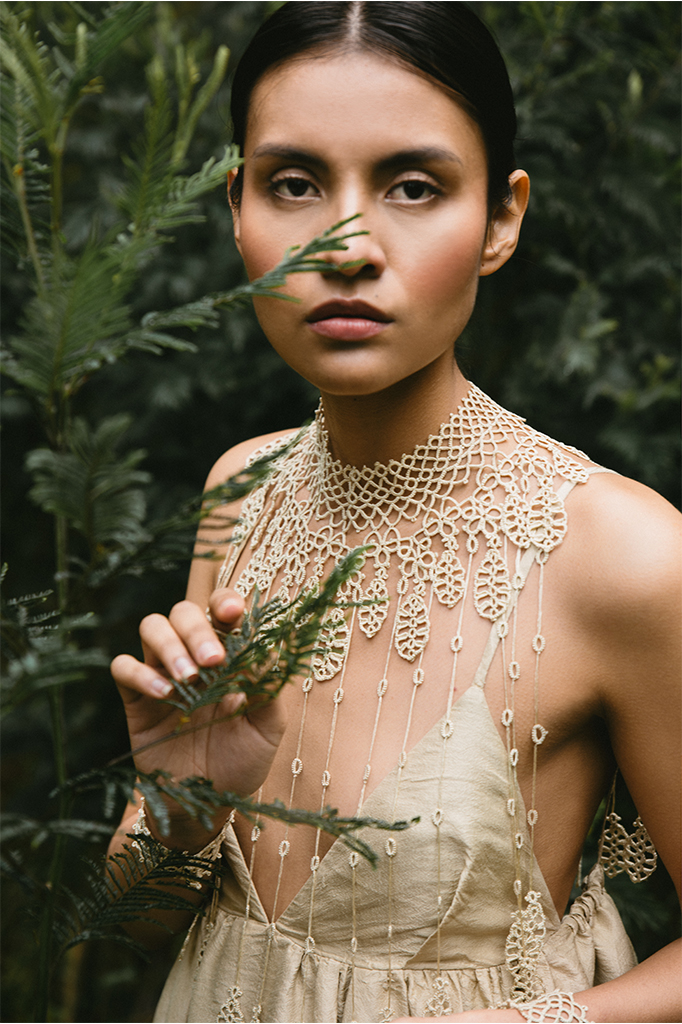 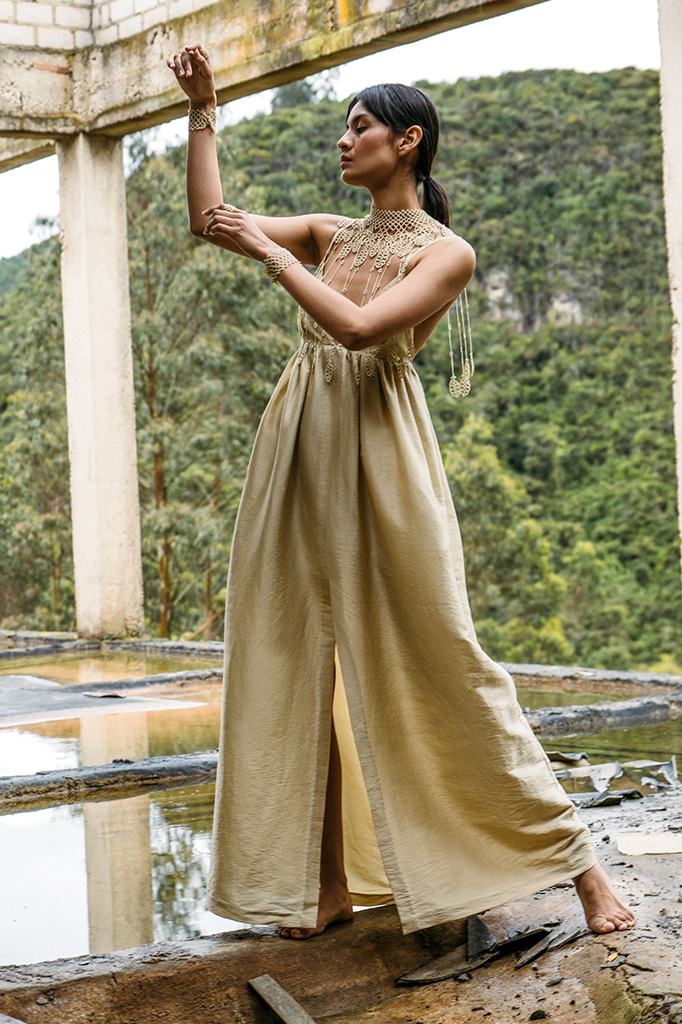 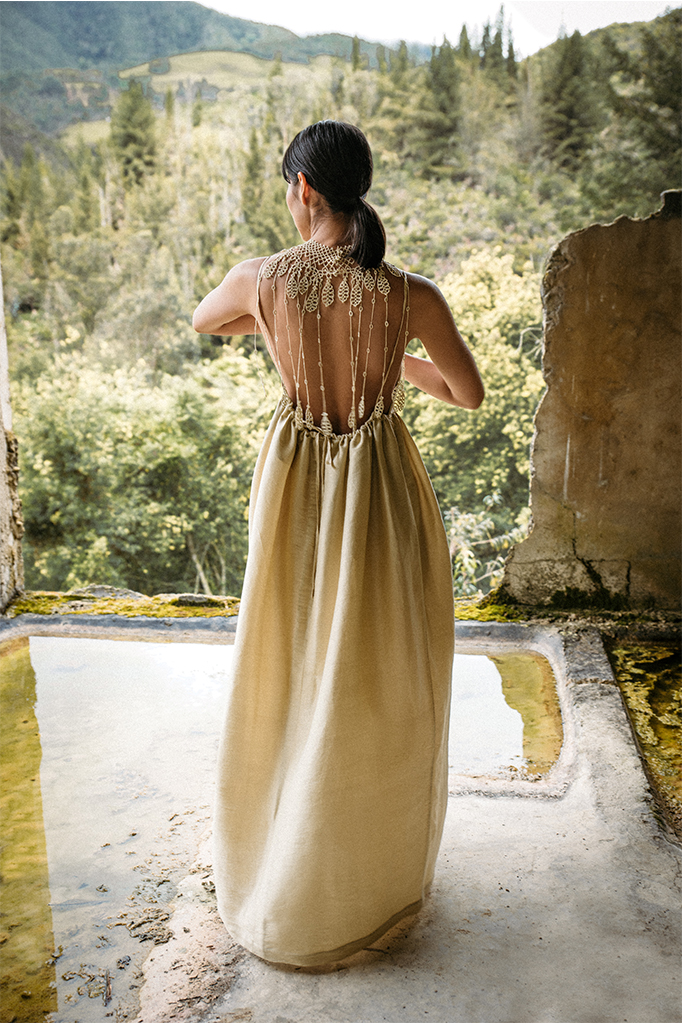 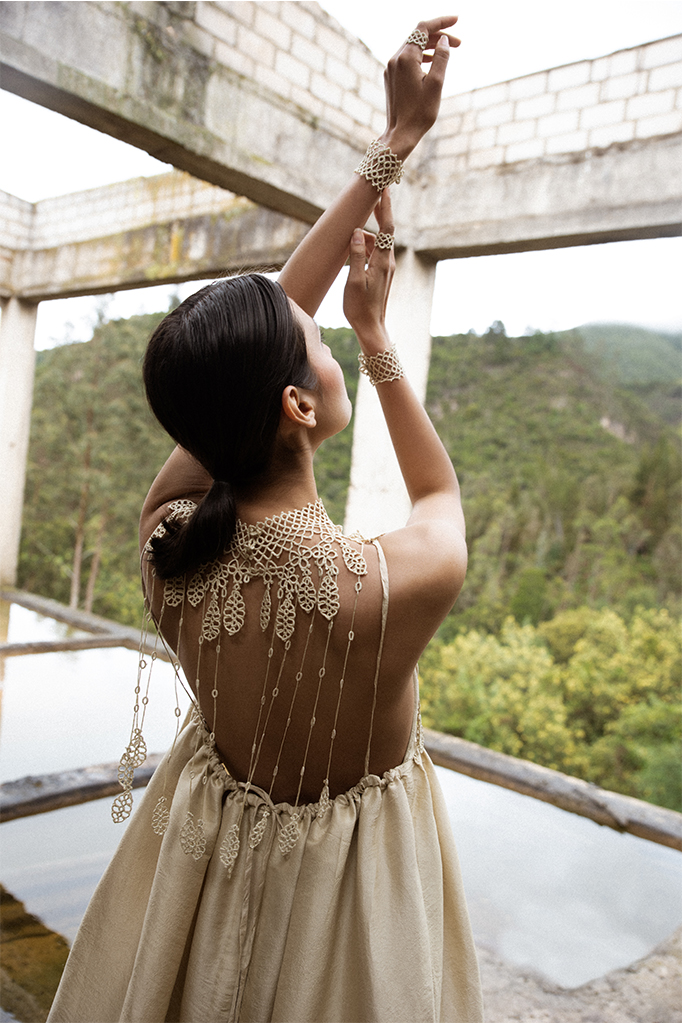 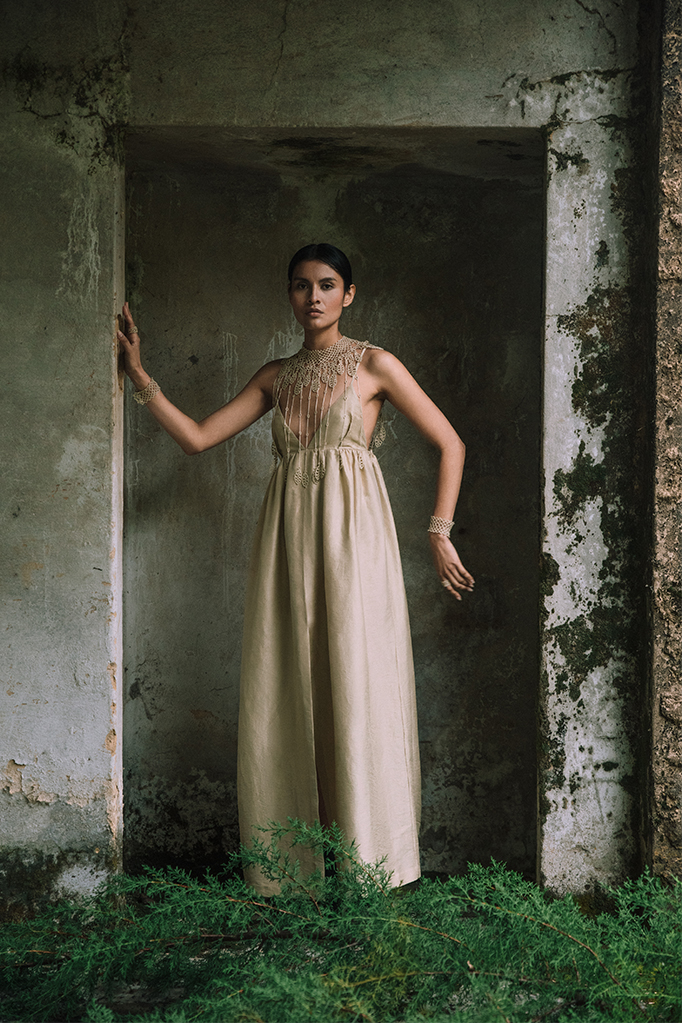 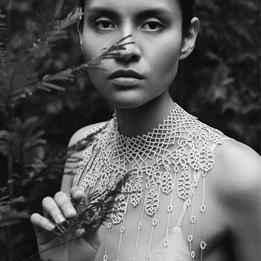 The Sounds of Hayo is a tribute to the sacred coca plant and its importance in the worldview of indigenous Andean cultures.

A look composed of a necklace woven in the ancestral technique of tatting and a silk dress dyed by hand with mambe or coca flour, configure this project.

These garments are part of the new phase that Pia Castro lives as a creative, in which less ephemeral designs, loaded with meaning and sensitivity, are key.

In certain moments of life, pauses represent that space necessary to recapitulate and rethink what has been done. Precisely, more than a year ago, the designer Pia Castro decided to stop for a while and allow herself to consider new options in her life. She embarked on a trip that took her to the other side of the world, a travel that was actually the beginning of an intense inner journey, which would bring her many of the answers she was looking for, including her return to the world of fashion. Thus, Pia found in medicinal plants a connection that, not only gave her physical and emotional relief, but also an inspirational universe to rethink her proposal as a designer.

The dress has a simple silhouette. It is a kind of “maxi dress” that evokes the mountains where the plant grows and recreates, in an easy way, the shapes of the leaves of the plant on the chest and from there it flares out widely. The dress does not have zippers or buttons. It is adjusted in the back using a bow made of the same fabric. For the designer, more than the silhouette, the charm of the dress is in its dyeing process, which was made by hand with mambe, that is, coca flour. In fact, the action of dyeing has a special connotation because, according to the beliefs of Mesoamerican and Andean cultures, dyeing fibers or fabrics with plants meant transferring its spirit to the fiber or fabric. In other words, for Pia, the function of the dress is to carry the energy of the plant, the energy of the goddess of Hayo. 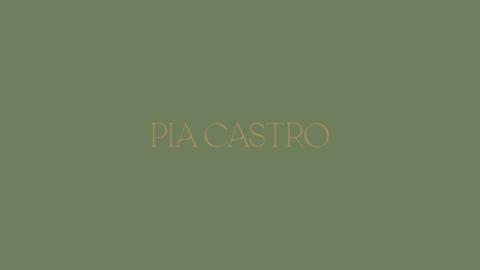